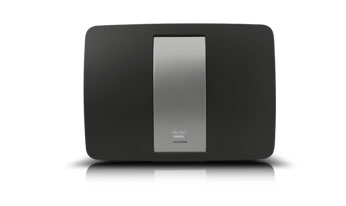 A hardware firewall is a special device that is designed to prevent outside intruders from getting you’re your network (where they can then easily get into your PC’s and servers). Firewalls can be configured to prevent access to certain types of applications that are considered dangerous (like P2P file-sharing programs) by blocking the communication ports that these applications use. A firewall will also provide some protection against hidden spyware infections, as it can help stop outgoing data packets that an infected PC may be sending to a cyber-criminal.

A firewall is considered to be the first line of defense in protecting computers from unwanted “visitors” such as hackers, worms, and remote control applications via hidden spyware. Without firewall protection your network is an “open door” to the internet, and anyone (or anything) can easily come in and out. Even if you don’t have any important files to protect, hackers and curious intruders can easily kill all your computers, take control of your network, or damage hardware beyond repair. The small investment in a firewall is nothing compared to the cost of replacing or repairing computer equipment as the result of an intruder’s visit.

Hardware firewalls use various techniques to protect your network against intruders and other internet threats. All firewall rules can be configured to apply to outbound or inbound traffic, so giving you a lot of flexibility and control in how the firewall works. Hardware firewalls can be simple or very complex, depending on the size of the network they are designed to protect. High-end corporate firewalls should be installed by a certified technician, but most home office and small business firewalls can be set up by anyone with a general understanding of networking and good technical ability.

Most hardware firewalls use some form of packet filtering, which is somewhat like a "checklist". Certain types of data packets are allowed through, and others may be blocked. If a packet attempting to travel in or out of a network meets the criteria set for "blocked", it is not allowed to pass.

Another technique that is often used with hardware firewalls is called Stateful Packet Inspection, also known as SPI. With SPI, a hardware firewall analyzes additional characteristics of the data packet in order to determine what to do with it. It checks to see where the packet came from, if it was sent as a response to a user request for information, if it just "appeared" out of nowhere, etc... Combined with packet filtering, SPI really makes a firewall appliance "smart", as it can make decisions whether to block or allow data packets based on logical analysis.

, and NetGear. SonicWall and HotBrick are very popular hardware firewalls for small and medium businesses.

For more information, see my Hardware Firewalls page. Another good resource for firewall information is Virus&Spam at bellonline.com

White Hat Security Guide "How To Hack With Telnet"

White Hat Security Guide "How To Hack With Telnet"

This is a White Hat computer security training guide. To use this guide you must have your own TCP/IP network. This can be as simple as two computers connected over a single wire connection or as complex as a network with thousands of routers. Casual readers are advised that if you use these procedures on any network, such as the networks connected to the Internet, without the permission of the owner that it could be a violation of national or international law. If you are responsible for the security of one or more Internet networks this guide can significantly enhance your understanding of how exploitation of networks is accomplished using the very simple hacker Telnet protocol.

Up to $25 OFF Kaspersky Lab Products

Within the Internet, each application (Well Known Port) is assigned a number in accordance with Internet Standard 002. A few of these numbers are enumerated below:

WWW Example - Use of Telnet to emulate a WWW client for information gathering.

This email was forged using the Telnet protocol.

Telnet is a simple protocol designed to provide compatible terminal services across TCP/IP networks. The simple character mode design of the Internet Protocols like Telnet make them great tools for hackers looking for information about your hardware and software infrastructure. Telnet provides you with an excellent White Hat tool to familiarize yourself with this level of network interactions. The knowledge will prove itself invaluable as you configure routers, switches, and other devices on your network.